These readings were very dense. But the prompt and discussion in class clarified a lot of what (I think) McLuhan was saying. My favorite part of the reading was the discussion of Alexis de Tocqueville and his insight into print and typography, with such a “mastery” of the grammar that he could know of the coming changes in France just by looking at type.

So far, I like writing in Markdown because it allows me to think about the meaning of the content I’m creating at the same time as the vehicle by which I’m delivering it. (And the actual coding stuff for it is basically the same as Reddit.) I feel like I have more control over what I’m creating because I can easily manipulate it as I go, making the simple formatting changes arise much more organically and fluidly.

We didn’t get to it in class, but I chose Twitter as my current medium to examine. A tweet can be no greater than 280 characters (previously 140). You can attach images, videos, or gifs, but their shortened URLs count towards your character limit. This unique form has also led to unique content. Twitter is home to advertisers, celebrities, comedians, reporters, and “everyday” users. 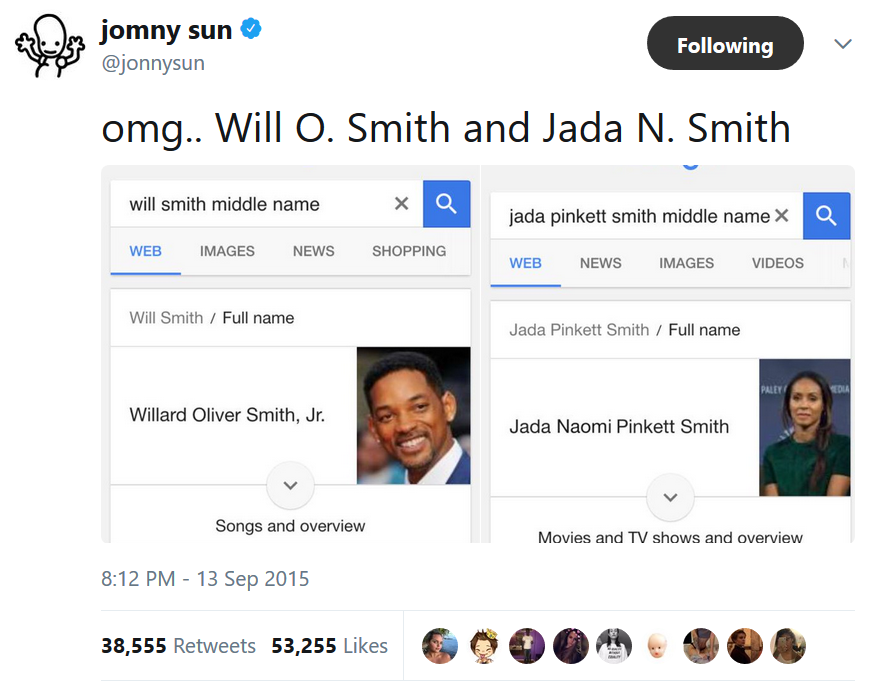 This tweet has been retweeted thirty-eight thousand times, stolen and tweeted from tens more accounts that also gained thousands of retweets, and quoted by many claiming they already knew this fact.

But these screenshots are fake.

The creator was testing to see how far his content would go (primarily focused on those accounts copying tweets and claiming them as their own), and the answer is really far. and Twitter created the space for this tweet to come to be, as a medium that allows for incredibly fast sharing of bite-sized quips. This kind of content-sharing is native to Twitter, and so Twitter shaped the creation of this experiment.

I didn’t know where to talk about this, but I found a really exciting instance of this class relating to another. I’m currently in a class dedicated to playing with and performing Shakespeare’s texts. To get us used to iambic pentameter, my professor had us talk in iambs. About what we had for breakfast, Shakespeare, anything we wanted. And like what we’ve talked about in class and what McLuhan recognizes, the specific medium we were using affected the message we generated. How I conveyed a message as simple as eating cereal for breakfast was so different when set in the iambic structure. It was really exciting to already see a connection between my classes.