Thinking with the Codex

Cover of Between Page and Screen 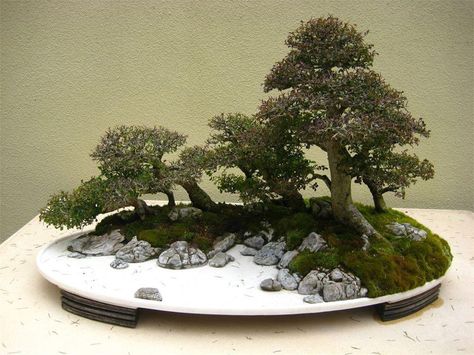 For my two texts from the library, I picked Alfred Koehn’s Japanese Tray Landscapes from 1937 and Amaranth Borsuk and Brad Bouse’s Between Page and Screen from 2012, and for my selection from the readings I picked Leonardo da Vinci’s Codex Arundel from around the 16th century. I unfortunately do not have pictures of the pages I chose, so I’ll do my best to describe them instead. From Japanese Tray Landscapes I chose the page featuring the section on mountains and hills and the page immediately following with the lithograph, as well as the final page of the book with publication information and the author’s signature. From Between Page and Screen, I picked the digital page with the poem “Charcuterie” and its corresponding page in the physical book, as well as one of the book’s last pages giving source information and information about the programs used in creating the book. The page with the poem on it may be somewhat controversial since it is not a physical page in the book, but it just needs a lens through which it can be read. Just like how in National Treasure Nicolas Cage needs “Benjamin Franklin’s” glasses to read the inscription on the back of the Declaration of Independence, a computer with a webcam is the pair of glasses needed to read this book. For da Vinci’s Codex Arundel, page numbers are given online, so I chose pages 66, 521, and 565. Starting with the physical aspects of the books, the Codex Arundel and Japanese Tray Landscapes are the most plainly similar. They are both entirely made of paper, and they both fit quite well with the prototypical representation of a “codex.” In fact, perhaps the most surprising thing the books illuminate is how little books have changed over 400 years. Yes, there are some changes, like the fact that Japanese Tray Landscapes is printed while the Codex Arundel is handwritten, but when abstracting away to just the category of “book” that both of these objects belong in, they are essentially the same.

The biggest difference comes with Between Page and Screen and its use of augmented reality. It takes books from existing solely in a physical space (or solely in an electronic space, like e-books) and places them in both spaces at once. It is somewhat of an attempt to modernize the dying medium of the codex, but it is also a bit different from that. In some ways, it is an entirely new medium separate from both traditional books and e-books since it is a new spin on the concept of books being read in conjunction with technology.

However, in some ways the Codex Arundel and Between Page and Screen are more closely related than the Codex Arundel and Japanese Tray Landscapes. As noted in “How to Read like a Renaissance Reader”, it was extremely important for readers in the Renaissance era to interact with their texts. Texts should be read and written in and interpreted in many ways; they were very personal objects.

Between Page and Screen is similar in that it uses modern technology to engage with a modern reader. Just flipping through the codes on the printed pages gets you nothing. Understanding the book requires work. And then in the actual reading of the book, the reader is reminded of the personal nature of the book since they see their own face reflected back at them as they read the poems. By contrast, Japanese Tray Landscapes is a lovely book, but it really falls under the category of “coffee table book.” Or maybe it is special enough to fall in the category of “book that is put in a glass case somewhere and never taken out” because there were only 500 copies made. But either way, it is not interacted with in the same way that the Codex Arundel and Between Page and Screen are.

Yet in the same breath, it is important to note that Between Page and Screen is an artistic work. It is meant to be different and thought-provoking, but it is more style over substance. The poem I chose, “Charcuterie,” for instance, is simply a list of anagrams of the word “charcuterie” or words that are closely related to that word. It is only meaningful in the way that a piece of visual art is meaningful, which varies depending on the viewer.

Taking a bit of a step back and returning to the individual pages I picked, I selected the poem “Charcuterie” from Between Page and Screen and its respective physical page in the book because it is one of the most visually striking poems in the book, and since I am not looking at the content of the pages, the visuals are important. From Japanese Tray Landscapes I picked the first two pages I did because their style was similar to the pages from Between Page and Screen. One page had text, like the digital page with the poem on it in Between Page and Screen, and the other page had an image, like the code used to generate the poem. But another aspect of the book I took note of is that the pages in Japanese Tray Landscapes are folded, so each page is essentially two pages. It is the exact same in Between Page and Screen, where one page is both the physical piece of paper and the AR projection.

The third page I picked for all my selections contained paratextual information, which might seem quite odd, but the paratext of a book is just as important as the actual meat of the book. The page in Between Page and Screen reveals just how important the technological aspect of this text is since it highlights the programs used in creating the AR aspect. It also reinforces the book’s status as a visual art piece since it makes specific note of the fonts used in creating the work.

The corresponding page in Japanese Tray Landscapes emphasizes the craftsmanship of the book since it notes where the book was printed–on “hand-made” paper, no less–and where the images are derived from. And it also notes that there were only 500 copies made, so that obviously makes it of a much greater quality than a mass produced book.

The corresponding page in the Codex Arundel is page 565, which is blank. I specifically picked this one because it is geographically in about the same place as the pages in the other two books, but this book has no paratextual information, which is one of the greatest examples of how books have changed over time. There was no reason to write down any information about the book within the book because it was just supposed to be one personal, private copy. Of course, this was in part due to a difference in the type of book this is–a notebook of a sort, rather than a work meant to be published–but even modern notebooks generally have some sort of paratextual information, like a company logo, and this book has absolutely nothing.

After all of this observation, the question to ask is why. Why are books now different from Renaissance books? At face value, this seems to be a very simple question with a very simple answer: because over 500 years things just change. But that answer really says nothing. Books have changed so much over the past 500 years because as technology improved and books became easier to create, they became much more of a commodity. Today, the concept of reading “like a Renaissance reader” is really not as important because the texts themselves are different.

The concept of reading actively well into the night may be applicable to dense, sometimes needlessly pedantic scholarly texts, but that is because those texts are much more similar to the texts of the Renaissance. They are there to be peeled apart and for information to be gleaned from them, not read for enjoyment. But now, things like the Harlequin romance novel exist. Just as we noted on the first day of class, the book is really not revered in the same way as it used to be because it has become commonplace.

As Between Page and Screen shows, books have become so commonplace they are being used as art pieces. Generally, only once something is widely accessible will it be wasted on such a worthless thing as art. Think of writing, for example. Writing was strictly used for economic purposes for centuries until things like illuminated manuscripts started appearing. Then, more elaborate forms of writing became a type of art.

So the conclusion to all this is that books have become so different over time because advancements in technology have enabled them to change that way. But they are not a singular case. Every medium changes as technology changes. They are, perhaps, somewhat of an exception because technology has not made them obsolete, or at least not yet anyway. The English major part of me hopes that the day books become obsolete will be a long way in the future, but no one really knows. Donald Trump became president, so realistically anything can happen.